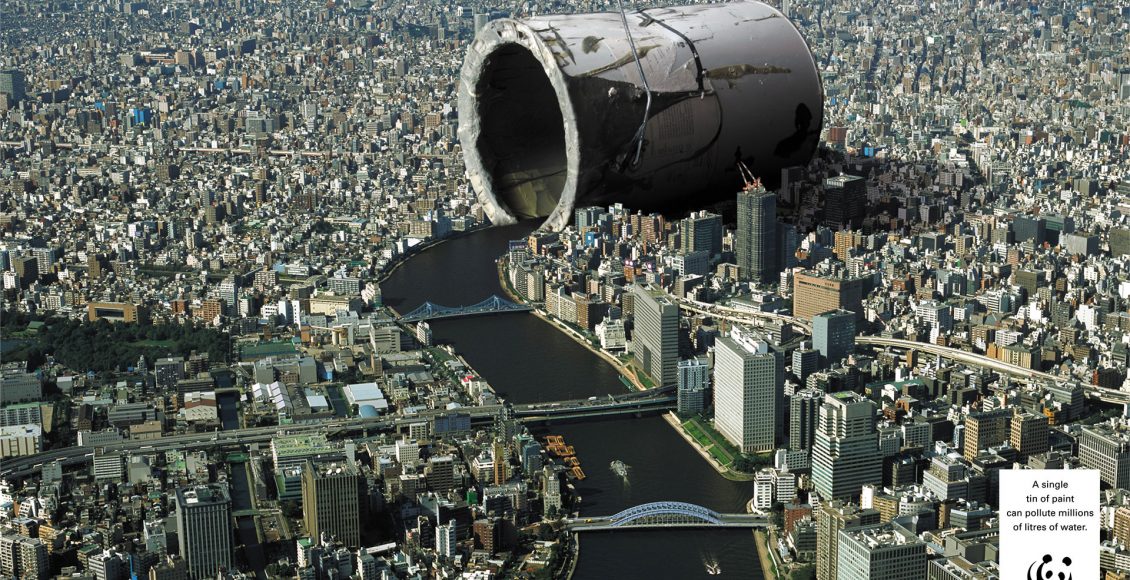 Fact 1: The total volume of water available on Earth is about 1.4 billion km and about 70% of the earth is covered in water.

Fact 2: The largest quantities of water are in the oceans.

Fact 3: Fresh water in the world is only 2.5% of the total water available on this planet. Make sure the water you drink is clean by using a water filter on your refrigerator. Discount filters can easily be found by going online..

Fact 4: Around 70% of the industrial waste is dumped into the water bodies where they pollute the usable water supply.

Fact 5: At least 320 million people in China do not have access to clean drinking water.

Fact 6: 20% of the groundwater in China is used as drinking water which is highly contaminated with carcinogenic chemicals which cause high levels of water pollution.

Fact 7: Fourteen billion pounds of garbage mostly plastic, is dumped into the ocean every year.

Fact 9: 15 million children under the age of five die each year because of diseases caused by drinking water.

Fact 10: The Ganges river in India is one the most polluted in the world. It contain sewage, trash, food, and animal remains.

Fact 11: According to the WHO (World Health Organization) and United Nations Children Fund (UNICEF), around 2.5 billion people do not have access to improved sanitation.

Fact 12: The 2011 Tsunami in Japan created 70 km long island of debris which is floating out into the Pacific Ocean.

Fact 13: Ground water in Bangladesh is contaminated with arsenic. Arsenic is very toxic, acute poison and a carcinogen. Approximately 85% of the total area of Bangladesh has contaminated groundwater.

Fact 14: In America, 40% of the rivers and 46% of the lakes are polluted and are considered unhealthy for swimming, fishing or aquatic life.

Fact 15: According to UNICEF, more than 3000 children die everyday globally due to consumption of contaminated drinking water.

Fact 16: Water pollution is the major cause of various diseases like cholera and typhoid.

Fact 18: According to the World Health Organization, 3.2 million children under the age of five in developing nations die each year as a result of unsafe drinking water and poor sanitation.

Fact 19: 80% of the water pollution is caused due to domestic sewage like throwing garbage on open ground and water bodies.

Fact 20: According to the survey done by Food & Water Watch cites that approximately 3.5 billion people in 2025 will face water shortage issues. This will be mainly due to water pollution. This is likely to happen because the world pollution is increasing tremendously with more water sources getting contaminated as a result of water pollution.

Fact 21: As per U.S. EPA estimates, every year in the U.S, 1.2 trillion gallons of sewage from household, industry and restaurants is dumped in to U.S. water annually.

Fact 22: Asia has maximum numbers of polluted rivers than anywhere else in the world. Most of it contains bacteria created from human waste.

Fact 23: Plastic waste being a major water pollutant, is causing huge destruction of marine life and is believed to be responsible for deaths of more than 100,000 sea mammals, sea birds and various types of fishes.

Fact 24: Canada has 10 most polluted rivers- some of which are Petitcodiac River, Okanagan river and Eastmain River.

Fact 25: The waste produced in the river contains bacteria, parasites and viruses. These cause life- threatening diseases like diarrhoea, cholera and typhoid.

Fact 26: Rivers in Asian subcontinent re considered to be the most polluted. The bacteria (from human waste) found in these rivers are 3 times as much as that of the global average.

Fact 29: About 1.2 billion people or 1 in 3 people in rural areas defecate in the open. Open defecation poses an human health risk and compromises quality in nearby water bodies.

Fact 31: According to WHO and UNICEF, approximately 894 million people globally don’t have access to improved water sources.

Fact 32: Over 30 billion tons of urban sewage discharged into lakes, rivers and oceans each year.

Fact 33: Leather and chemical industries cause are major contributors of water pollution and are emerging leading market economies.

Fact 35: As per reports by UNESCO, 27% of the urban population do not have piped water in their homes.

Fact 36: An estimated 1000 children die every day in India due to polluted water.

Fact 37: Lack of safe drinking water and sanitation in cities leads to cholera, malaria and diarrhoea.

Fact 38: Huge oil spill was caused by BP in the year 2010. Over 1,000 animals i.e. birds, turtles, mammals have been reported dead and many of them were on the endangered species list.

Fact 40: Cruise ships are also a major source of water pollution. They produce over 200,000 gallons of sewage which is mostly released in the ocean. Apart form that, they are also causing at least 35,000 gallons of water contamination due to oil spill. Even though people have already started taking precautions, the water pollution levels are rising rapidly and there is very little hope left to the polluted water bodies. One big step that every human being can take to prevent water pollution is to minimize water contamination and wastage from their side at every possible level. This was we will be able to save some clean water for the future generations.